Stephen Phillips is professor of philosophy and Asian studies at the University of Texas at Austin. Author of seven books, including Yoga, Karma, and Rebirth (Columbia University Press), which was named an "Outstanding Academic Title" for 2010 by Choice, Phillips is best known for his first-time translations of late classical Sanskrit philosophic texts. 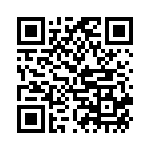