Ann Oakley (born 1944) is a distinguished British sociologist, feminist, and writer. She is Professor and Founder-Director of the Social Science Research Unit at the Institute of Education, University of London and in 2005 partially retired from full-time academic work to concentrate on herwriting and especially new novels. Oakley is the only daughter of Professor Richard Titmuss and wrote a biography of her parents as well as editing some of his works for recent re-publication. Her mother Kathleen, nee Miller, was a social worker. She was educated at Somerville College, OxfordUniversity taking her BA in 1965, having married fellow future academic Robin Oakley the previous year. In the next few years Oakley wrote scripts for children's television and wrote numerous short stories and had two novels rejected by publishers. 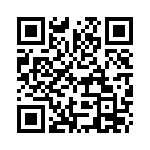