Great! You must read that!
Good for you get know about Lenin. Then you would understand reason why.

Creator of the former Soviet Union, Vladimir Ilyich Lenin (family name Ulianov) was born on April 10, 1870 in Simbirsk (later Ulianovsk), Russia, the son of a schools inspector. Lenin received upper class education and obtained a law degree in 1891, but he was moved to oppose the czarist Russian government, partly due to the execution of his brother, Alexander, who had participated in a plot to assassinate the Russian emperor. For taking part in revolutionary activities, Lenin was eventually imprisoned, publishing his work, The Development of Capitalism in Russia, from prison in 1899. Three years later, his pamphlet "What Is to Be Done" became the model for Communist philosophy. Lenin helped the Bolshevist movement that overthrew the czarist government and brought an end to Russia's war against Germany. As head of the new government, he put land in the hands of the peasants and brought industry under government control. An assassination attempt in 1918 wounded him, and two strokes in 1922 forced him to severely curtail government duty. He retreated to his country home in Gorki, where he died on January 21, 1924. 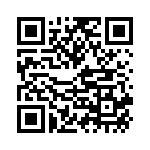