Benjamin Leruth is a Research Associate at the University of Kent, UK. His research focuses on Euroscepticism, differentiated integration in the European Union and public attitudes. He is currently co-editing the forthcoming Routledge Handbook of Euroscepticism and is also working on a forthcoming book entitled The Pirate Parties across Europe.

Nick Startin is a Senior Lecturer in French and European Politics whose research focuses on Euroscepticism and the Far Right in contemporary Europe. He co-founded the UACES research network on Euroscepticism and has in recent years been the co-editor for two prominent, special issues on the topic: the Journal of Common Market Studies (2013) and the International Political Science Review (2015). He is currently co-editing the forthcoming Routledge Handbook of Euroscepticism as well as researching and participating in events related to the 2016 referendum on UK membership of the EU. 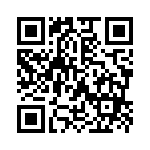