“It was a love story. Not romantic exactly, but the kind of love that maybe lasts beyond passion and heartache. It was a story of friendship, with all its possibilities laid out in front of it ... Read full review

3.5 stars "Every Other Weekend" was more than the fluffy romance I was expecting, although the slow developing romance between Adam and Jolene was touching and realistic. Both had complicated family ... Read full review

Abigail Johnson was born in Pennsylvania. When she was twelve, her family traded in snowstorms for year-round summers and moved to Arizona. Abigail chronicled the entire road trip and has been writing ever since. She became a tetraplegic when she was seventeen, but hasn't let that stop her from bodysurfing in Mexico, writing and directing a high-school production of Cinderella, and becoming a published author. Visit Abigail at abigailjohnsonbooks.com and on Twitter @AbigailsWriting. 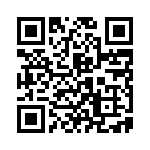