Equal parts memoir, motivational literature and how-to guide, Savage is mostly writing about what it took to have the career he did as a creator of special affects and where the drive came from. While ... Read full review

This is a pretty good book. Its really an autobiography with some good general observations and life lessons thrown in. He presents things that work for him as suggestions and isn't dogmatic about there being only one way of doing things. Read full review

Adam Savage is a maker, designer, television host, producer, husband, and father. He was the cohost of all 278 hours of MythBusters on the Discovery Channel for fourteen years and host of its 2019 spinoff MythBusters, Jr., as well as several other TV shows. He also makes stuff and tells his sto­ries on his website Tested.com. He lives in San Francisco with his wife, twin boys, and two amazing dogs. Every Tool’s a Hammer is his first book. 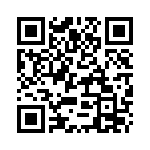