This is really a great work. Hope the best for mamoste Chyet!
Hewa Salam

Dr Michael L Chyet serves as a specialist for the Library of Congress in Washington D.C. on books and other written materials in Middle Eastern languages, including Kurdish, Persian, Turkish, Arabic, and Syriac. He has particular expertise as a linguist, folklorist and teacher of the Kurdish dialects of Kurmanji and Sorani. The first edition of this Kurmanji-English dictionary was published in in 2003 by Yale University Press and this is the expanded second edition. Michael now works on Kurmanji and Sorani textbooks as well as numerous other language research projects. 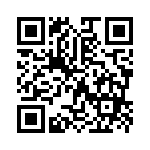