Fair to middlin' technical treatise on the history of USA space flight program. In the first few pages, I was bored by the technobabble and skipped to the pieces that interested me: Apollo 11, 13 and ... Read full review

FAILURE IS NOT AN OPTION Gene Kranz You don’t get much more eyewitness-to-history than Gene Kranz. As a member (later leader) of the Mission Control team for America’s space program, Kranz ... Read full review

Eugene F. Kranz joined the NASA Space Task Group in 1960 and was Assistant Flight Director for Project Mercury (the original manned space missions). He continued as Flight Director for the Apollo 11 lunar landing. He is a co-recipient of the Presidential Medal of Freedom for his work leading the Apollo 13 teams. Failure Is Not an Option is his first book. He lives with his family near Houston, Texas. 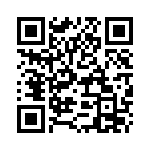