Mary Jean Corbett is John W. Steube Professor of English and Affiliate of Women's Studies, Miami University. She is the author of Allegories of Union in Irish and English Writing, 1790-1870 and Representing Femininity. 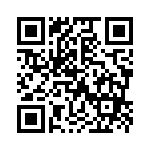