The Editors: Matthew Wilhelm Kapell edited, with William G. Doty, Jacking in to the Matrix Franchise (2004). An anthropologist and historian, he has published on topics as diverse as the genetics of human growth, utopian thought, and Christian romance fiction.
John Shelton Lawrence is Professor Emeritus of Philosophy at Morningside College, Sioux City, Iowa. He wrote, with Robert Jewett, Captain America and the Crusade against Evil (2003) and the multiple award-winningThe Myth of the American Superhero (2002). 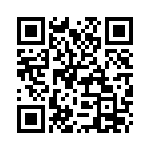