Tim Lang has been Professor of Food Policy at City University's Centre for Food Policy in London since 2002. He was appointed Natural Resources and Land Use Commissioner on the UK Government's Sustainable Development Commission in 2006. He is a regular advisor and consultant to the World Health Organization at global and European levels. He has been a special advisor to four House of Commons Select Committee inquiries (food standards [twice], globalization and obesity). In 2005-06, he chaired the Scottish NHS Executive's Scottish Diet Action Plan Review. In 2005-08, he worked on the Royal Institute of International Affairs (Chatham House) 'Food Supply in the 21st Century' programme. He is a Vice President of the Chartered Institute of Environmental Health and a Fellow of the Faculty of Public Health. He is co-author of 'Food Wars', 'The Atlas of Food' and 'The Unmanageable Consumer'. David Barling is a Senior Lecturer at the Centre for Food Policy at City University London. His research focuses on: the governing of the agri-food sector and of the food supply in relation to sustainability; and the politics of food standards setting at global, EU and national (primarily UK) levels. He has written numerous book chapters and journal articles on food policy. Externally, his appointments include: the expert advisory panel for the UK Prime Minister's Strategy Unit project on Food Policy 2007-8; the British Standards Institute Committee AW/90 Quality Systems for the Food Industry (co-opted); UK Government's Department of Environment, Food and Rural Affairs' Organic Action Plan team for England 2001-8; the Council of Sustain (the UK alliance of food-related NGOs) and chair of Sustain's Good Food on a Public Plate Project (public procurement of sustainable local food) 2006-8; and the editorial board of the international journal Agriculture and Human Values. Martin Caraher is Reader in food and health policy in the centre for Food Policy at City University. He originally trained as an environmental health officer in Dublin. After working in the north west of Ireland he developed an interest in the public health and health promotion aspects of the work. He completed his Masters and doctorate in London, and since 1990 he has been working with Prof Tim Lang on aspects of food policy and helped establish the Centre for Food Policy 15 years ago at Thames Valley University and is now located at City University. He has worked extensively on issues related to food poverty, cooking skills, local sustainable food supplies, the role of markets and co-ops in promoting health, farmers markets, food deserts & food access, retail concentration and globalization. 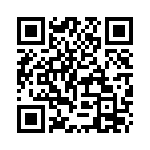