Forces of Fortune: The Rise of the New Muslim Middle Class and What It Will Mean for Our World

In recent years, much of the discussion about the Muslim world has focused on the role of Islam in politics, especially the rise of extremist groups that invoke religious doctrine to justify their ... Read full review

is a professor of international relations at the Fletcher School of Law and Diplomacy of Tufts University, a senior fellow at the Council on Foreign Relations, and a senior fellow of The Dubai Initiative at Harvard University’s John F. Kennedy School of Government. He has contributed to The New York Times, The Washington Post, and Time and has appeared on Larry King Live, Anderson Cooper 360, The Situation Room, Fareed Zakaria’s GPS, the Today show, Charlie Rose, The Daily Show with Jon Stewart, and The Colbert Report. He lives in Massachusetts. 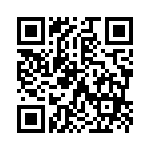