Since the late 1980s, gated communities have proliferated around the country, attracting millions of homebuyers of all ages for reasons having to do with prestige, leisure, and perceived safety. In ... Read full review 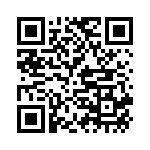