A history of censorship in the United States. Not sparing any sacred cows (including himself), Hentoff shows how the urge to suppress unpalatable ideas is nigh-universal, and why we need to guard against those urges for a free society. Read full review

FREE SPEECH FOR ME BUT NOT FOR THEE: How the American Left and Right Relentlessly Censor Each Other

Nathan Irving Hentoff was born in Boston, Massachusetts on June 10, 1925. He graduated from Northeastern University in 1946. After several years with a Boston radio station, he moved to New York in 1953 and covered jazz for Down Beat until 1957. In 1958, he was a founding editor of The Jazz Review that lasted until 1961. He wrote for The New Yorker from 1960 to 1986, for The Washington Post from 1984 to 2000, and for The Village Voice from 1958 to 2009. During his freelance career, his work appeared in Esquire, Harper's, Commonweal, The Reporter, Playboy, The New York Herald Tribune, Jewish World Review, The Wall Street Journal, and The Washington Times. In 1995, he received the National Press Foundation's award for lifetime achievement in contributions to journalism. He wrote more than 35 books during his lifetime. His nonfiction works included The Jazz Life, Peace Agitator: The Story of A. J. Muste, The New Equality, Living the Bill of Rights, and Free Speech for Me - but Not for Thee: How the American Left and Right Relentlessly Censor Each Other. He wrote several memoirs including Boston Boy and Speaking Freely. In 1955, he co-edited with Nat Shapiro Hear Me Talkin' to Ya: The Story of Jazz as Told by the Men Who Made It. His young adult novels included Jazz Country, This School Is Driving Me Crazy, Does This School Have Capital Punishment?, and The Day They Came to Arrest the Book. He died on January 7, 2017 at the age of 91. 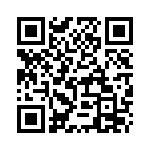