Peter Hayes is Professor of History and German and Theodore Z. Weiss Professor of Holocaust Studies at Northwestern University. He is the author of Industry and Ideology: IG Farben in the Nazi Era, 2nd edition (Cambridge, 2000), which won the Conference Group on Central European History's biannual book award in 1988. He is also editor of Lessons and Legacies: The Meaning of the Holocaust in a Changing World (1991), and four other collections. He has written more than 40 articles published in German, French, Italian, as well as English. In 1997-8, he was the Shapiro Senior Scholar in Residence at the US Holocaust Memorial Museum. 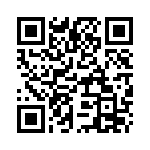