4 ADRIAN GRAY studied history at Cambridge and has written over twenty books. He has been a teacher, one of Her Majesty's Inspectors of Schools, and an international education consultant. He is historical adviser to the Pilgrims & Prophets group and Bassetlaw Christian Heritage groups. He is an active member of the Retford Baptist church and lives with his family in North Nottinghamshire. 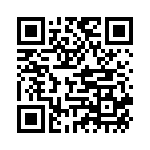