Sabina Mihelj is Professor of Media and Cultural Analysis at the Centre for Research in Communication and Culture at Loughborough University. She has written extensively on issues of media and nationalism, comparative media research, television studies, Eastern and Central European media, and Cold War media and culture. Her books include Media Nations: Communicating Belonging and Exclusion in the Modern World (2011) and Central and Eastern European Media in Comparative Perspective: Politics, Economy and Culture (2012). Her research was funded by the Arts and Humanities Research Council, the Economic and Social Research Council, the British Academy, and the Leverhulme Trust.

Simon Huxtable is a Visiting Fellow in Media and Cultural History at Loughborough University. His research focuses on the social and cultural history of late socialism. His research has been published in journals including Contemporary European History, Cahiers du Monde russe, and Media, Culture and Society and in a number of edited volumes. He is currently writing a monograph on the Soviet press and the public sphere after 1945, based on his doctoral research. His latest project focuses on the notion of the 'Socialist Way of Life' in the USSR and GDR. 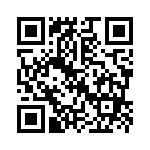