Frank Fahy retired in 1997 from his post of professor of engineering acoustics in the Institute of Sound and Vibration Research (ISVR) of the University of Southampton in the United Kingdom. Professor Fahy played a major role in the development and standardization of the means of measuring the magnitude and direction of energy flow in sound fields (sound intensity), which have greatly improved our ability to locate, distinguish and quantify individual sources of noise in the presence of other sources. He is also the author of five textbooks and monographs on sound and vibration and the coeditor of six others.

David Thompson is professor of railway noise and vibration at the ISVR and head of the Dynamics Group at the University of Southampton. He graduated from Cambridge in mathematics and has a PhD from ISVR. Prior to returning to ISVR in 1996, he worked at British Rail Research in Derby, United Kingdom and Nederlandse Organisatie voor Toegepast Natuurwetenschappelijk Onderzoek in the Netherlands. His research covers railway noise and vibration, and makes use of a wide variety of analytical, numerical and experimental techniques for vibration and acoustics. He has published over 100 papers and one book. 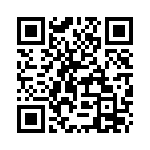