Reinhart Koselleck, now retired, was previously professor of historical theory at the University of Bielefeld, Germany. He is the author of The Practice of Conceptual History and Critique and Crisis.Keith Tribe was Reader in Economics at Keele University, UK, until 2002. He is now a private scholar and rowing coach at the King's School, Worcester. 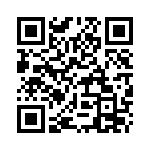