Alan Moorehead (1910-1983) was a foreign correspondent for the London Daily Express, where he won an international reputation for his coverage of World War II campaigns, and also served as the chief public relations officer in the Ministry of Defense. He is also the author of many other notable books, including Gallipoli and Darwin and the Beagle. 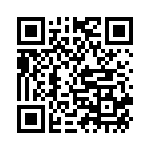