I was fascinated by this comparative biography which looks critically at Gandhi and Churchill, two men who have been much idealized and mythologized. Read full review

Come on, attempting to compare a true saint like Gandhi to that foul mouthed, ill tempered and mean curmodgeon would be like doing the same with one of Christ's true apostles with Pontius Pilate. A ... Read full review

Arthur Herman is the author of To Rule the Waves, The Scottish Enlightenment, The Idea of Decline in Western History and Joseph McCarthy. He has been a professor of history at Georgetown University, Catholic University, George Mason University and the University of the South. He served as the coordinator of the Western Heritage Program at the Smithsonian and has been the recipient of Fulbright, Mellon and Newcombe Foundation grants. He lives in Virginia. 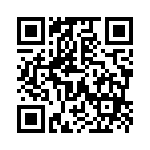