Sheila Jeffreys is Professor of feminist politics in the School of Social and Political Sciences at the University of Melbourne, Australia. She teaches courses in feminist theory, on the politics of sexuality and lesbian and gay politics, and international gender politics.

She has a considerable reputation both in the academic world and in the world of feminist and lesbian and gay politics for my work on sexuality, including 7 single authored books, with my eighth book, Man’s Dominion, to be published by Routledge in October, 2011. My work is heavily referenced in academic journals and books, with 53 citations in international refereed journals in 2009 according to the Web of Science citations index, and 47 for 2010 to date. 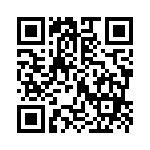