Gender trouble: feminism and the subversion of identity

One of the most influential pieces on Queer Theory in academia. While the language is difficult, it is also highly sophisticated that requires in-depth examination. Suggested for graduate students. 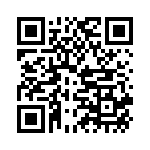