Gendering in the Middle East edited by Deniz Kandiyoti provides an innovative collection of essays that individually - through a variety of contexts and research fields - assess the importance of gender analysis in deciphering established views on culture, society and politics in the Middle East, and the extent to which gender studies has developed as a discipline to challenge gender ideologies within Middle Eastern society. Yet, in the vast literature of Middle Eastern studies that has emerged in the latter half of the 20th century, what will these “emerging perspectives” contribute to the field?
Kandiyoti’s collection raises questions on the localised cultural impact of cultural imperialism, and the frames in which scholarship seem to be locked; vis-ŕ-vis post-Orientalist notions of ‘Other’ from Western scholarship, and Islamic critical discourses of imperialism from Middle Eastern scholarship (p.16). Her anthology, rather, breaks this construction and aims to localise research, using ‘gender analysis as a tool for social criticism’ in order to uncover gendered hierarchies within ‘established views’ in Middle Eastern society (p.i).
A collection that questions the authenticity of sources, Kandiyoti does not underestimate the power of the written word nor its ability to create or indeed remake history or perspectives; are these authorial voices subjective? who is writing and what is their story? In fact, by the end of the anthology, we have delved into the perspectives of Turkish, British, Iranian, Dutch, North American, Israeli and Egyptian writers, and this notion of where one is writing from becomes immaterial. It is how they are documenting that becomes the crux to the anthology’s crucial contribution to the studies of the Middle East and gender; not one of the essays fall into the limiting binary of East and West, but rather each essay comprises a localised study assessing the actualities of Middle Eastern society and culture through the tinted lens of gender.
In many ways, the anthology is a unique contribution to the field of Middle Eastern studies. Unlike many imperialist Western or Islam-focused texts within the field, Gender in the Middle East does not conform to notions of one and other, or the colonized and colonizer, in which the veiled subject has frequently been a topic of debate. Rather, the subtitle Emerging Perspectives is accurate. Through themes such as literature and academic scholarship, land inheritance, religious ideology and international politics, the texts successfully make visible the stretching boundaries of gender in recent Middle Eastern history; that is to say, these gendered issues have been inbuilt into the framework of society and only in recent years, through the development of gender analysis and study, have they been documented. 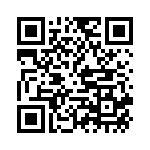