I had the good fortune to encounter this work when I was a psychiatric resident 40 years ago at Temple University. Karl Jaspers had a better grasp of psychic life than anyone else I read and than all but a few clinicians I have known. His work will be studied and appreciated by front line psychiatrists long after DSM is forgotten. I am just tickled to have lived long enough to be able to carry the digital version with me as I travel to various offices!
William S. Greenfield, M.D. 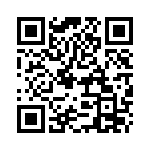