Clunky, chunky, train of facts about war lord fights. They all seem alike. I like analysis or stories--not fact lists. I like Taylor's "Generalissimo" much better. Read full review

I was on the verge of setting this book aside, due to its sometimes lurid flavor with relatively little solid documentation, but Jonathan Spence's review in the "New York Times" made me continue, and ... Read full review

Jonathan Fenby is a former editor of the Observer, The South China Morning Post, and is a guest on many American news sites, including CNN. He is the author of several books including the acclaimed On the Brink: The Trouble with France and Generalissimo: Chiang Kai-Shek and the China He Lost. In 2013 Jonathan was awarded the Chevalier of the Légion d'Honneur by the French government for his contribution towards understanding between Britain and France. 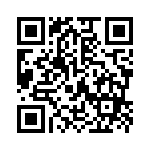