Ulrike Schmidt is Professor of Eating Disorders at King's College London and a consultant psychiatrist in the Eating Disorders Unit at the Maudsley Hospital, London, UK. Her research covers all aspects of eating disorders, from causes to treatments. She has a particular interest in developing novel treatments, especially brief interventions that can be widely disseminated. She is the author of several popular self-help books and award-winning online therapy programmes.

Janet Treasure, OBE, PhD, FRCP, FRCPsych, is a professor and a psychiatrist who works in research and teaching at King's College London and as a clinician at the South London and Maudsley NHS Foundation Trust,( www.the.newmaudsleyapproach.co.uk). Professor Treasure's research interests include conjoint working with patients and carers using translational research to develop new forms of treatment.

June Alexander developed anorexia nervosa at age 11, an illness that challenged and shaped her life. A love of words became a survival tool. She kept a diary and developed a journalism career. Since 2006, June has applied lived experience and literary skills to write about eating disorders. A PhD candidate, June serves on Australian and international organisations, including AED, F.E.A.S.T. and NEDC. Her website: www.junealexander.com. 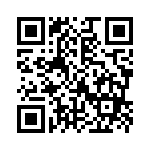