most inspiring piece of art .

-Rabindranath Tagore (18611941) received the Nobel Prize for Literature in 1913. He produced some sixty collections of verse, nearly a hundred short stories, several novels, plays, dance dramas, essays on religious, social and literary topics, and over 2500 songs, including the national anthems of India and Bangladesh. -William Radice is a poet and a scholar and translator of Bengali. He is well known for his translations of the poems, stories and plays of Tagore. He has recently translated The Poem of the Killing of Meghnd by Michael Madhusudan Dutt and a collection of Tagores brief poems, The Jewel That Is Best, both for Penguin India. 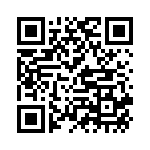