Allen J. Scott was born in England and educated at Oxford University. He is currently professor jointly appointed to the Departments of Policy Studies and Geography at the University of California, Los Angeles. He was a recipient of a Guggenheim fellowship in 1986-7, and was awarded Honors by the Association of American Geographers in 1987. He was elected as corresponding fellow of the British Academy in 1999. In the winter of 1998-9 he occupied the André Siegfried Chair in the Institut d'Etudes Politiques, Paris. His most recent books are Regions and the World Economy (Oxford University Press, 1998) and The Cultural Economy of Cities (Sage, 2000). 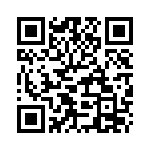