Sweet baby Jesus. I hate read the hell out of this piece of garbage. I HAD to know why people still believe that he is a "Godly" man chosen to lead the people. Basically it boils down to, yes he is a ... Read full review

Stephen E. Strang is an award-winning journalist and successful businessman. After interviewing Donald Trump, Strang was involved with other Christian leaders who campaigned for Trump's election. Strang also attended the 2017 election night victory party in New York. Strang is CEO of Charisma Media and founder of Charisma magazine. 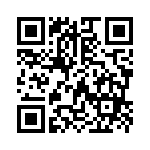