Mary-Jane Riley spent many years as a BBC journalist and talk show broadcaster, covering some of the darker stories of the last decade, including the Suffolk prostitute murders, the Cambridgeshire serial killer Joanna Dennehy and Operation Endeavour, the police operation to trap illegal gangmasters in the Fens. She has had short stories published in women’s magazines, including Bella, Women’s Weekly and That’s Life. Mary-Jane Riley is married with three children and lives in rural Suffolk. Gone in the Night is her fourth novel. 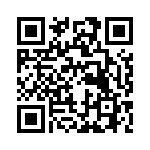