This book was scribed by a younger samurai who sat basically at the deathbed of the samurai Yamamoto Tsunetomo. For seven years, the scribe sat and had conversations with Tsunetomo. Tsunetomo had ... Read full review

This book was a disappointment, perhaps because I expected something along the lines of the Art of War or The Book of Five Rings (Go Rin No Sho) that would have relevance to today's urban warrior ... Read full review

YAMAMOTO TSUNETOMO [1659-1719] was a samurai retainer of the Nabeshima Clan, Lords of Hizen province, who became a Buddhist monk in 1700 after the Shogunate government prohibited the practice of tsuifuku: suicide of a retainer on the death of his lord. The book was dictated to a younger samurai during the author's seclusion over a seven year period.

WILLIAM SCOTT WILSON, the translator, took his B.A. at Dartmouth College, graduated as a Japanese specialist from the Monterey Institute of Foreign Studies, and received his M.A. in Japanese literature from the University of Washington. He became acquainted with Japan at first-hand in 1966 on a coastal expedition-by kayak-from the western Japanese port of Sasebo to Tokyo. He later lived in the potter's village of Bizen, studied as a special student at Aichi Prefectural University, and was a counselor at the Japanese Consulate-General in Seattle. He now lives in his native Florida.

Among his highly regarded translations of original works of literature are The Unfettered Mind, The Roots of Wisdom: Saikontan, and Taiko. 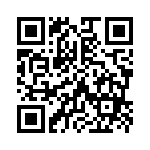