W.E. Fairbairn taught unarmed combat to the famed British Commandos and the U.S. armed forces during World War II. Before the war he served as assistant commissioner of the Shanghai Police Force. He was the inventor of the Fairbairn Commando Knife and the author of the classics Get Tough and Shooting to Live. 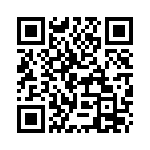