Christoph Frei is a research fellow of the Swiss National Science Foundation in Berne, author of Direkte Demokratie in Frankreich: Wegmarken einer schwierigen Tradition, and coeditor of Contending with Hayek: On Liberalism, Spontaneous Order and the Post-Communist Societies in Transition. He is currently studying the evolution of democracy in France since 1789 as a visiting research scholar at the École des Hautes Études en Sciences Sociales. 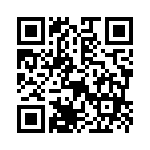