Born and bred in south Wales, Luke Upton now works as a business journalist in London. He co-runs rugby humor account @NotGavHenson on Twitter, regularly amusing over 41,000 followers (including a large portion of the Wales rugby squad), and is the author of hilarious satirical rugby novel 'Absolutely Huge'. 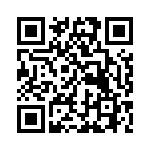