Catherine Maxwell is Reader in Victorian Literature at Queen Mary, University of London.

Patricia Pulham is Senior Lecturer in Victorian Literature at the University of Portsmouth. They are the editors of Vernon Lee: Decadence, Ethics, Aesthetics (Palgrave Macmillan, 2006). 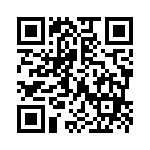