I bought this book on the basis of a glowing review in The Guardian. It's not bad but I can't say it lived up to the review. Set in and around Dudley (Britain's 'Heartland'), during the 2002 World Cup ... Read full review

Anthony Cartwright was born in 1973 in Dudley. He worked as an English teacher in schools in London and the Midlands for over ten years, and is currently a First Story writer-in-residence at Abbey Manor College in Lewisham. His debut novel The Afterglow won a Betty Trask award was shortlisted for the Commonwealth Writers' Prize, James Tait Black Memorial Prize and John Llewellyn Rhys Prize; his second novel Heartland was also shortlisted for the Commonwealth Writers' Prize and was adapted for BBC Radio 4's Book at Bedtime; his third novel How I Killed Margaret Thatcher was shortlisted for the Gordon Burn Prize and was a Fiction Uncovered 2013 selection. His new novel Iron Towns is forthcoming from Serpent's Tail in 2016. 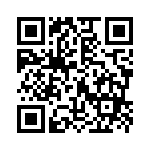