Alex Mold is Lecturer in History at the Centre for History in Public Health, London School of Hygiene and Tropical Medicine. 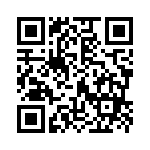