This is a pretty good overview of the Hezbollah and the major turning points in the group's evolution. The afterword, which adds a bit to the narrative, is current up to August 2008. Read full review

Thanks for this book it really shows and clarifies the truth about this organization that many people are trying to hide.great book from a
great person.

Augustus Richard Norton, Professor of International Relations and Anthropology at Boston University, was a military observer for the United Nations in southern Lebanon when Hezbollah and rival Shi'i parties were taking form there in the early 1980s. A former U.S. Army officer and West Point professor, he has conducted research in Lebanon for close to three decades, and his book Amal and the Shi'a is widely considered to be a classic account of the political mobilization of Lebanon's Shi'i Muslims. 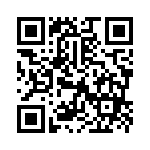