Why did Foucault use the word "madness" rather than "crazy"? It is not only psychological argument of madness, but also of construction mechanism of body. The Madness, to me, is the constructed crazy. Read full review

Jean Khalfa is a lecturer in French at Cambridge University, UK.

Jonathan Murphy is an experienced translator, editor and lecturer. 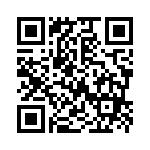