Home is where we start from: essays by a psychoanalyst

Among the best loved of modern psychoanalysts and perhaps most accessible of Britain's object relations school was Winnicott, a pediatrician turned psychoanalyst. The pieces in this collection (most ... Read full review

Donald W. Winnicott was born into a well-to-do nonconformist family in Plymouth, England. He started his career as a pediatrician at the Paddington Green Children's Hospital in London. While working there, he developed an increasing interest in, and concern for, the emotional problems of his parents, as well as some of his patients. Hence, he later became a psychoanalyst and child psychiatrist. Twice president of the British Psycho-Analytical Society and the author of many books, Winnicott took the theory of emotional development back into earliest infancy, even before birth. His ideas, along with those of his contemporaries, led to the development of the British "object relations" school within psychoanalysis. This focused on familiar, inanimate objects that children use to counter anxiety during times of stress. 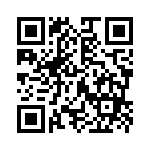