And now here at last is a real book for grown-ups. Intelligent and utterly unsentimental, Homo Faber would, I feel, have been wasted on me if I'd read it ten years ago; now it strikes me as ... Read full review

Third German book of the year, but probably the only one that qualifies as a legitimate adult-type novel. At times confusing for a non-native speaker. The coincidences and revelations may seem like ... Read full review

Max Frisch was born in Switzerland in 1911. He attended the University of Zurich and spent six years in the Swiss Army. He also worked as a freelance writer and an architect. Frisch is most famous for writing the novel I'm Not Stiller and the play The Firebugs. Both works explore one of Frisch's major themes: the problematic nature of living life without a true understanding of one's identity. Many of his works feature explore this theme, including the plays The Chinese Wall, Andorra: A Play in Twelve Scenes, and Don Juan; or the Love of Geometry. He has also written several other novels, including Homo Faber: A Report, and Man in the Holocene. Frisch was awarded the International Neustadt Prize for Literature in 1987. He died in 1991 in Zurich. 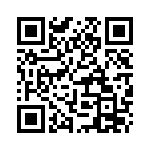