HOUDINI, TARZAN, AND THE PERFECT MAN: The White Male Body and the Challenge of Modernity in America

Men in loincloths and the crisis of modernity! What's a turn-of-the-century boy to do?Kasson (Rudeness and Civility, 2000) maintains that there was a metamorphosis of masculinity in the dawning years ... Read full review

Houdini, Tarzan, and the perfect man: the White male body and the challenge of modernity in America

Here is an unusual and thought-provoking look at the evolving concept of manhood from the late 19th century through the World War I era, when social, technological, business, and urban changes ... Read full review

John F. Kasson, who teaches history and American studies at the University of North Carolina at Chapel Hill, is the author of Houdini, Tarzan and the Perfect Man, Amusing the Million, Rudeness and Civility, and Civilizing the Machine. 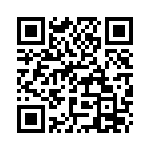