Andrea Louise Campbell is Assistant Professor of Government at Harvard University. She was a Robert Wood Johnson Scholar in Health Policy at Yale University from 2001-2003. 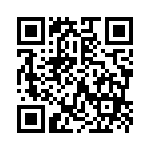