Extremely powerful book; I regret that I waited so long to get around to reading it. Ignatieff argues that the purpose of human rights, drawing from its roots in natural law, is to protect human ... Read full review

Michael Ignatieff, a writer, historian, and broadcaster, is Director of the Carr Center for Human Rights Policy at Harvard University. His books include Isaiah Berlin: A Life, Blood and Belonging, The Warrior's Honor, and The Needs of Strangers. His novel Scar Tissue was nominated for the Booker Prize, and his book The Russian Album, A Family Memoir won Canada's Governor General's Award and the Heinemann Prize of Britain's Royal Society of Literature. 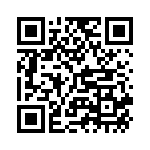