I have absolutely loved all of Potok's books I've read before; and this one was covered with critical praise on the back of the book... but I found it tedious, monotonous, and dull. There are ... Read full review

I AM THE CLAY

At first glance, this acutely moving novel by the author of The Chosen and other stories of punishing spiritual journeys within Orthodox Judaism, may seem a departure. Here, the setting is Korea of ... Read full review

Chaim Potok was born in New York City in 1929. He graduated summa cum laude (with highest honors) from Yeshiva University in 1950, and received an advanced degree from Jewish Theological Seminary in 1954, when he also became an ordained Conservative rabbi. After two years of military service as a chaplain in Korea, Potok married Adena Sarah Mosevitsky in 1958. The couple had three children. Eventually Potok returned to school and received his Ph.D. from the University of Pennsylvania in 1965. Potok has held a variety of positions within the Jewish community, including directing a camp in Los Angeles, teaching at the University of Judaism in Los Angeles at a Jewish Theological Seminary in New York, and working as an editor on various religious publications, Potok's first novel, The Chosen, was published in 1967, and he quickly won acclaim for this best-selling book about tensions within the Orthodox and Hasidic Jewish communities. This and later books have been both critically and popularly successful. Many of them explore the meaning of Judaism in the modern era, focusing on the conflict between traditional teachings and the pressures of modern life. The Chosen was nominated for a National Book Award in 1967 and made into a successful film in 1982. Its sequel, The Promise (1969) was the winner of an Athenaeum Award. Potok is also the author of a nonfiction volume, Wanderings: Chaim Potok's History of the Jews (1978), as well as several short stories and articles that have been published in both religious and secular magazines. 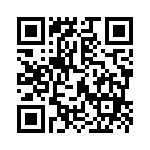