John Berger was born in London in 1926. Berger was educated at St Edward's School, an independent school for boys in Oxford. Berger served in the British Army from 1944 to 1946; he then enrolled in the Chelsea School of Art and the Central School of Art in London. Berger began his career as a painter and exhibited work at a number of London galleries in the late 1940s. Berger became an art critic, publishing many essays and reviews in the New Statesman from 1948 - 1955. He titled an early collection of essays Permanent Red, in part as a statement of political commitment. In 1958 Berger published his first novel, A Painter of Our Time, which tells the story of the disappearance of Janos Lavin, a fictional exiled Hungarian painter, and his diary's discovery by an art critic friend called John. His novel G. won both the James Tait Black Memorial Prize and the Booker Prize in 1972. In the 1970s Berger collaborated with the Swiss director Alain Tanner on several films; he wrote or co-wrote La Salamandre (1971), The Middle of the World (1974) and Jonah who will be 25 in the year 2000 (1976). He is well known for his novels & stories as well as for his works of nonfiction, including several volumes of art criticism. His works include Hold Everything Dear, From A to X, Why Look at Animals?, Cataract (with Selçuk Demirel) and Bento's Sketchbook. 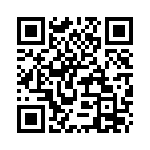