I'LL TAKE YOU TO MRS COLE!

Whenever a young black boy makes a mess, his mother threatens to take him to Mrs. Cole's ramshackle house. One day, disinclined to do his chores, he runs away and ends up (after some trepidation) at ... Read full review

if a little boy is naughty his mummy sends him to mrs cole she lives down the street she has lots of kids under her feet she looks prity when you see her big smile at the end she lets all of the children play what they like at the very end his mummy says next time your good ill take you to mrs cole.

Nigel Gray (Author)
Nigel Gray was born in Northern Ireland and brought to England as a child. After leaving school he worked for eleven years in numerous unskilled jobs. He then went to the University of Lancaster as a mature student and was awarded a BA in English in 1974. In 1984 he was awarded an MA in Creative Writing at the University of East Anglia.
He has worked as an actor and taught Modern Literature Courses for the University of Liverpool, Lancaster and the WEA. He has taught Creative Writing at several universities and writing workshops in schools, colleges, libraries and prisons.

Michael Foreman (Illustrator)
Michael Foreman is one of the most talented and popular creators of children's books today. He has won the Kate Greenaway Medal two times and has been the UK nominee for the Hans Christian Andersen Awardtwice. His highly acclaimed books are published all over the world. He is married and has three sons. He divides his time between St Ives in Cornwall and London. 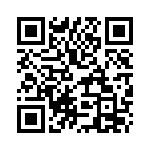