A great book that hasn't dated. It has great improvisation games and the author is the real inventor of theatresports when he went to live in Vancouver. The mask stuff is still a great introduction to mask work and the devising theatre descriptions are still priceless. Read full review

I found tons of interesting and useful information in this book not only about improv and acting, but social situations and interacting with others. I would recommend this book to teachers especially ... Read full review

Keith Johnstone is an internationally recognized authority in the field of improvisation. His books Impro, and Impro For Storytellers, have been translated into many languages. He leads master classes in improvisation around the world. 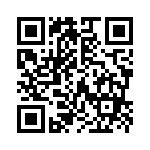