Simon Willmetts is a lecturer in American Studies at the University of Hull. His research falls broadly within the fields of film history, cultural theory and US foreign policy. 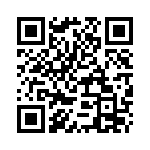